In Greece, women go topless on the beaches. In America, just a picture of a woman — not even a topless image, mind you — can make some people squirm with discomfort.

We are the undisputed champions of baseball, basketball, and REAL football. We have the #1 military in the world. Oorah!

And until very recently, we were the fattest country in the world.

But when it comes to sexual satisfaction, we’re not #1. We’re not even #2. In fact, we’re hardly on the list at all.

It’s probably no surprise that Greece, Brazil, and Italy are at the top of the list of the most sexually satisfied countries in the world.

But get ready to have your mind blown:  Switzerland and Germany are also way ahead of us in sexual satisfaction.

What gives? Is the beer THAT much better over there?

When your sexual energy is blocked, then your health will suffer. In my article about the 12 things that are blocking you from healing, I listed sexual fulfillment as one of the 12.

When your sexual energy is blocked you’ll experience all sorts of negative symptoms, from frustration to lack of creativity to low back pain. But it’s even worse than that.

Blocked sexual energy affects your hormone production. It’s hard, if not impossible, to be full of vitality when your hormones are aren’t working correctly.

How to Get Unblocked

So how do we start getting unblocked? How do we begin to heal our society? How do we save America from the sexual frustration terrorists?!?

As we must do with all change, we must start with ourselves. Change comes from within. Here are some ways that you can start to heal and balance your own sexual energy.

Qigong is the art of cultivating your internal energy. If you haven’t already learned some qigong, then stop what you’re doing and go sign up for my free online qigong course, or go learn Lifting The Sky for free.

There are advanced qigong exercises that are specifically designed for cultivating sexual vitality (more about those below), but you don’t need those. Even a simple 2 minute daily qigong routine will help tremendously.

In our culture, we say silly things like, “I’ll sleep when I’m dead.”

No, you won’t.  But you may in fact die sooner because you don’t sleep enough.

In the qigong tradition, sleep is considered to be one of the major ways that the body restores and heals itself.

It’s also super important for hormone regulation. That’s why morning sex can be so powerful.

Get more sleep for 30 days in a row, and you may find that your libido suddenly gets stronger and healthier.

This type of exercise, which involves flexing the pubococcygeus muscle, is often called “kegels”. But it’s not just for women.

The ancient Taoists encouraged both men and women to practice this type of exercise.

There are many versions, but the easiest way to get started is to simply stop the stream while urinating. This is a good way to make it a habit. Stop and start the stream several times each time you go to the bathroom.

Later, once you’ve got the hang of it, you can flex the pelvic floor without urinating. The beauty of this exercise is that it’s invisible, so you can practice it all day long!

Don’t tense the body or legs while you do this. And try not to hold your breath either. Lift and hold like this for 10 seconds, and then release.

Click the link below to learn more about vaginal kung fu from my friend, Kim Anami. She knows a lot more about this topic than I do, that’s for sure! 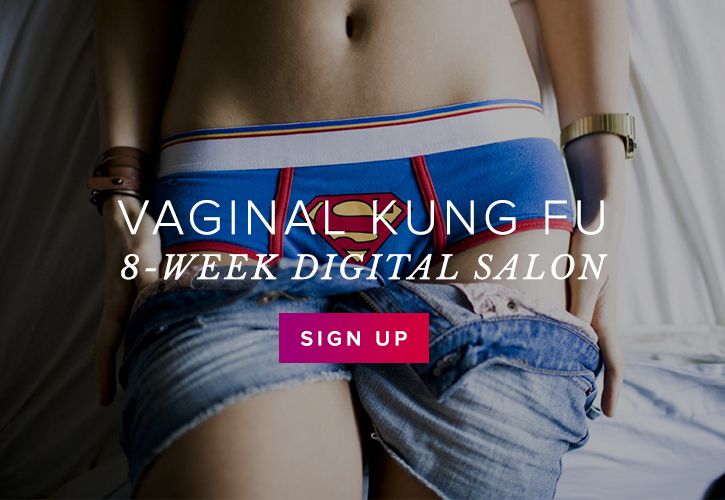 The Small Universe is an advanced Taoist qigong exercise that I’ve already talked about in depth. It’s not for beginners. If you mess with this technique before you’re ready, you’ll probably just block your energy even more.

Men should experience harder erections, a higher sex drive, and greater control over ejaculation. Women should experience increased wetness, a stronger libido, and increased pleasure. At higher levels, when both partners are practicing the Small Universe, sex can become a deep, spiritual practice.

If already you know the Small Universe, then the Small Wheel is easy.

The Small Wheel involves circulating the energy in a circle from dantian, down to huiyin, up to mingmen, and then back to dantian. So rather than the larger circuit that we do in the Small Universe, this circuit is smaller.

I feel like I should reiterate that this is not for beginners. If you don’t know the Small Universe, then you shouldn’t mess with the Small Wheel. Beginners should focus on simpler and safer techniques, like Lifting The Sky, and the next exercise, Belly Breathing. Belly breathing is not necessarily a qigong technique. Singers do it. Some yoga schools also do it. It’s a skill that you had as a baby, and have probably lost. But it’s easy to regain.

Learn to breathe from your belly, regardless of the method. Belly breathing stimulates the parasympathetic nervous system, encourages the relaxation response, improves digestion, and (drumroll) nurtures sexual vitality. Here’s a trick that will help.

Stress creates cortisol (also known as the stress hormone). And cortisol messes with your sex drive (and your health).

If you don’t have a solution yet, then try my free class.

From there, I highly recommend that you commit to doing 2 minutes of qigong every day.

Stress management is more important than all the other things on your to-do list.

Humans are social animals. Spending time with other humans can have a dramatic effect on cortisol (see above) and oxytocin (see below). When you lowering cortisol levels and raise oxytocin levels, your libido (and your overall health) will improve. While you’re hanging out with friends and family, go ahead and hug!.

Hugging stimulates a hormone called oxytocin, sometimes called the “cuddle hormone”.  This hormone is associated with all sorts of benefits, including stress relief, depression relief, weight loss, and pain relief.

I have and Apple Watch, which are also digital super-pedometers. They measure all kinds of things, like distance walked, number of steps, number of flights climbed, calories burned, etc.

They say that a healthy person should take 10,000 steps per day. Unless you’re already very active, you’re probably going to get a huge wake up call when you first start using the Fitbit. You’re probably closer to 2000 steps than 10,000.

Increase the number of steps, and you’ll gradually watch a lot of your sexual blockages melt away. You’ll also have more energy, and sleep better. Sounds like a good deal to me!

The ancient Taoists didn’t talk about yoga, which is an Indian art. They talked about qigong, which is a Chinese art.

But yoga can definitely help. I’m not a yoga expert, but if I look at the art from a Chinese medical perspective, it’s clear that the postures help to open up the flow of energy through the body. This, in turn, will help to gradually clear some of the sexual blockages.

Personally, I prefer qigong and strongly believe that it will be bigger than yoga one day. But to each their own, and if yoga works for you, then keep working it!

Lately, people are talking about sitting meditation being the cure for just about everything. And it can be true — for some people.

Not everyone is ready for sitting meditation. If it doesn’t work for you, then don’t feel guilty about trying something else. (I recommend trying forms of moving meditation like qigong and tai chi.)

If sitting meditation calms you, gets you into a deeply relaxed state, and helps you to quiet the mind, then it’s also going to help you to unblock your sexual energy. So keep going!

Believe it or not, tight underwear constricts the flow of blood and energy to the male genitals. Wear boxers, or boxer briefs, not “tightie whities”. Squats are great for lots of things, including sexual health. If you know the qigong exercise called Three Levels To Earth, then practice that. If not, just learn what they call an air squat. This a conventional, physical exercise, and it won’t have quite the same effect as qigong exercises, but it’s close enough for jazz.

Squatting opens up the pelvic area (called the kua in qigong and tai chi terminology), massages the internal organs, and promotes a healthier production of hormones. I recommend doing them throughout the day. If you sit a lot for work (see #15), the get up and take a “squatting break” at least once an hour.

Sitting is the new smoking. That’s what all the research says. Sitting is killing us by slowly messing with our hormones, our metabolism, and our energy levels.  This can wreak havoc on our libido.

The solution is to take breaks. Every hour, without fail, get up from your desk. Walk around, do some squats, do the 2-Minute Drill, or whatever. You might also consider getting some sort of standing desk. Or better yet, get your boss to buy one for you!

Two thousand years ago, the Su Nu Jing (素 女 經) , a classic text on Traditional Chinese Medicine (TCM), advised how frequently a man should ejaculate to maintain optimal health. The following chart shows the guidelines from that classic text.

Your miles may vary.

I saved the best for last.  Having sex — satisfying, intimate, passionate sex — is part of the solution.

There’s no easy fix for this one.  It’s a complex problem.  My best advice is to work on the tips above.  Start with yourself.  As you clear your own sexual blockages, you may be surprised to find that things suddenly start to flow more smoothly with your lover.

Check out my friend Kim Anami’s programs on this topic: 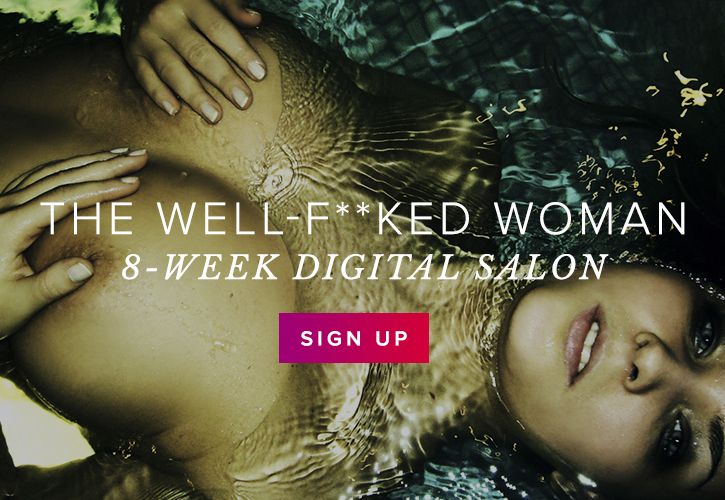 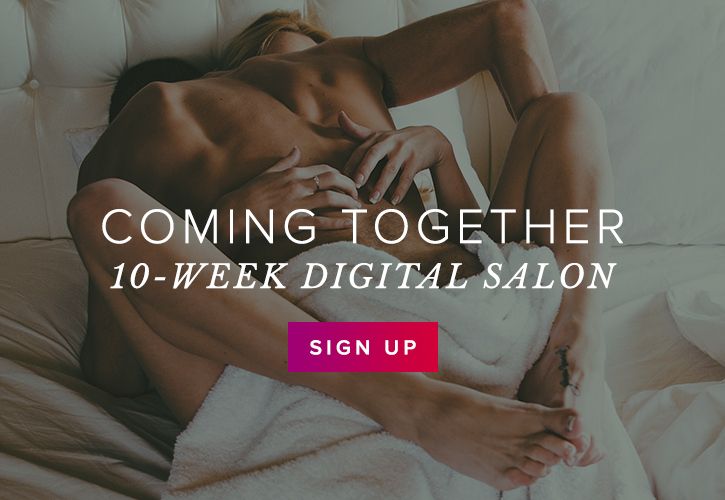 What Do You Think?

Do you have anything to add to the list?  Did I miss anything?  Go ahead and add it to the comments below.  I’m interested in hearing from you. Best regards, Sifu Anthony